A downloadable game for Windows and macOS

Endless corridors. They all look the same. Nowhere to go, no one to speak of. The only way to get out is to find all six keys before Stickman catches you.

Stuckman is a maze survival horror game. The aim of the game is to collect all six keys through "key machines" scattered throughout the rooms of the building. Once you've got the six keys, head back to the exit door, and leave.

While at the first the map might seem confusing, as you progress through the game you'll develop a sense of awareness.

There are various items (battery for torch, syringe for stamina, keys to distract Stickman). You'll need to use them to get through.

However, Stickman chases you the entire time. He's invisible most of the time, so you'll have to listen to his footsteps and look for his red glow. Use your light to scare him, sending him back to his nest. And - he gets faster with every key.

There are flashing lights, loud sudden sounds, and similar stuff in this game.

The mac version isn't tested (I don't own a Mac) - I assume it will work.

TLDR: Get all the keys, use items, use the torch when you see a red light. Flashing lights.

RMB - Interact with items. Hold down to use a key machine.

This game was made in about a day. Not originally for the Brackeys Game Jam, but then I realised this was on and that I could submit it. There may be bugs, I've tried to fix most of them, but have fun anyway.

Yes, it is possible. I've done it a few times - it's just quite hard. The disorientation is the hardest part - try leaving doors open to mark where you've been?

If you enjoy the game, consider donating! 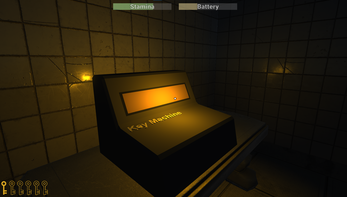 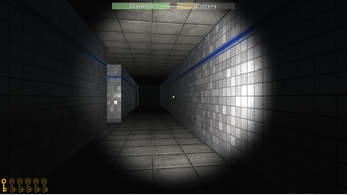 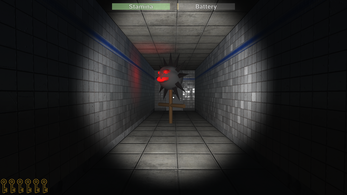